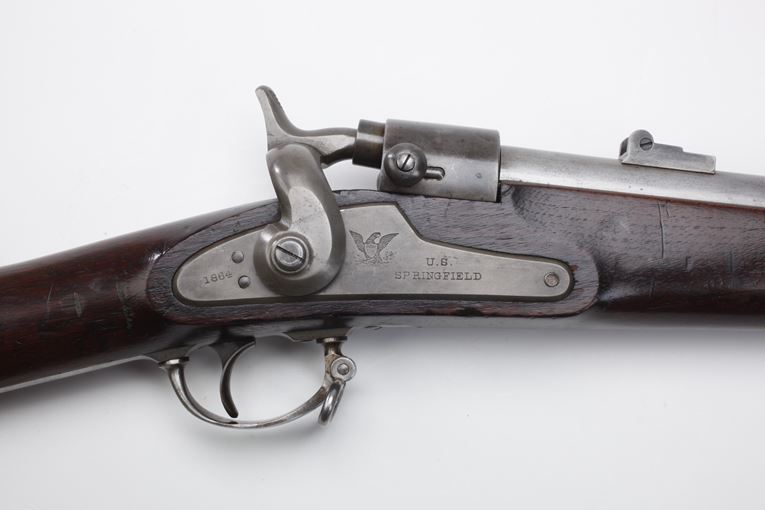 Made in 1865, these were the first true cartridge breechloaders to be assembled at Springfield Armory. The breech blocks for these arms were supplied to Springfield by the Joslyn Firearms Company and are identical to those used in the Joslyn Model 1864 carbine. Only 3,000 of these breechloading rifles were made, and until recently, they were considered to be post-war alterations. SN 316m