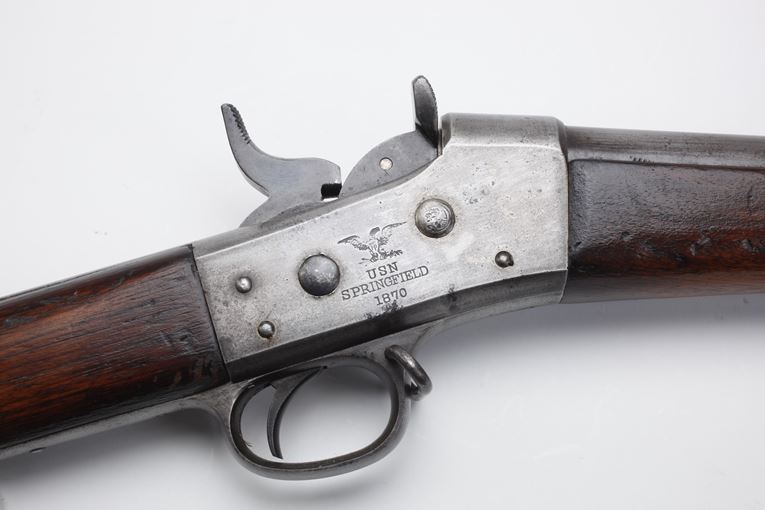 These rifles were manufactured c. 1870-1871 by Springfield Armory under an agreement with Remington Arms Company, which held the patent for the rolling block design. Approximately 22,000 were manufactured, but 10,000 were rejected by the Navy and sold on the commercial market. Many of these found their way to France during the Franco-Prussian War. This rifle is one of about 100 that were converted from .50-70 caliber by the Navy in 1889 for shipboard rifle practice. SN 62