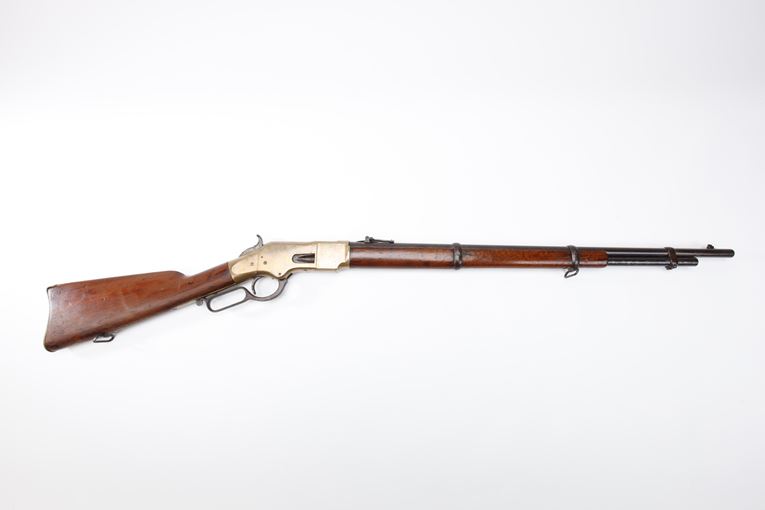 The brass-frame Model 1866 was Winchester's first lever-action firearm to be made in a musket model. The barrel, magazine, and fore-end of these muskets were several inches longer than those of the Model 1866 Rifle and Carbine. The Model 1866 was manufactured c. 1866-98. SN 94339