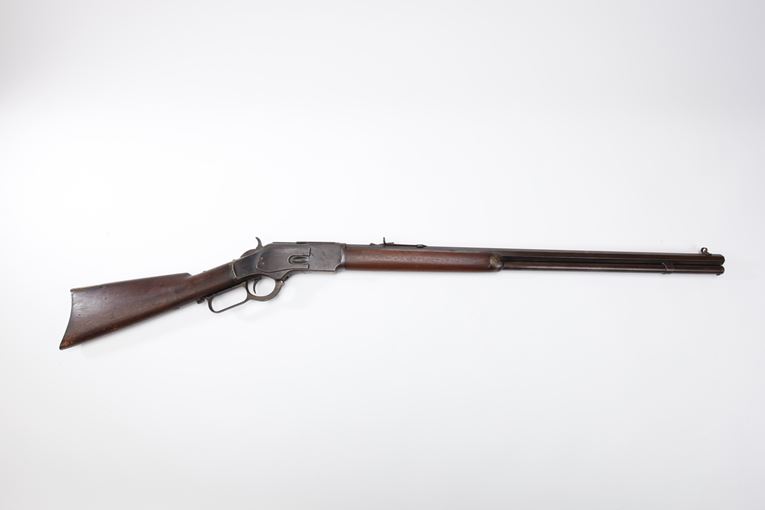 The Winchester Model 1873 is considered by many to be "The Gun That Won The West." Over 700,000 Model '73 rifles were manufactured over a 50 year production run, and were available with a wide variety of stocks, sights, barrel lengths, weights, and contours, calibers, magazines, and other features. The .38-40, the second-most popular chambering for the Model 1873, was actually a .40 caliber. SN 2644068