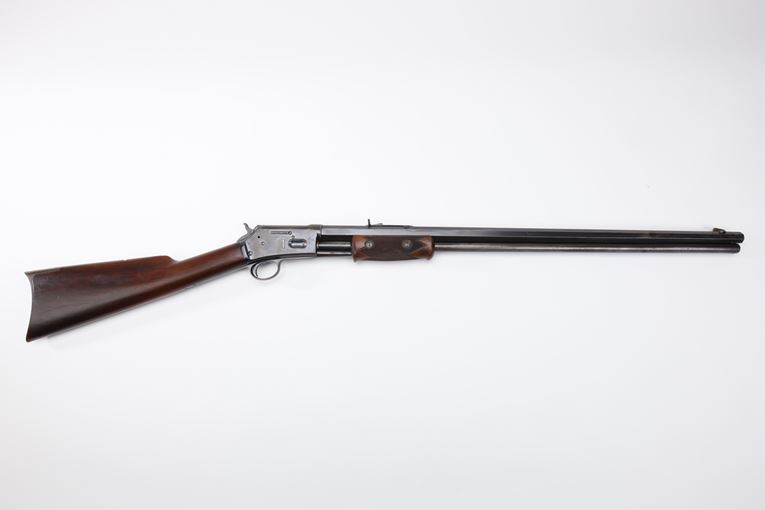 After creating a handgun empire, Samuel Colt's company sought to expand into shoulder arms. Winchester already had the lever-action market under control, so in 1884, Colt went ahead with a design for its own slide-action Lightning" series. The Lightning had a 15-round tube magazine, but was never able to overcome the appeal of the Winchesters.