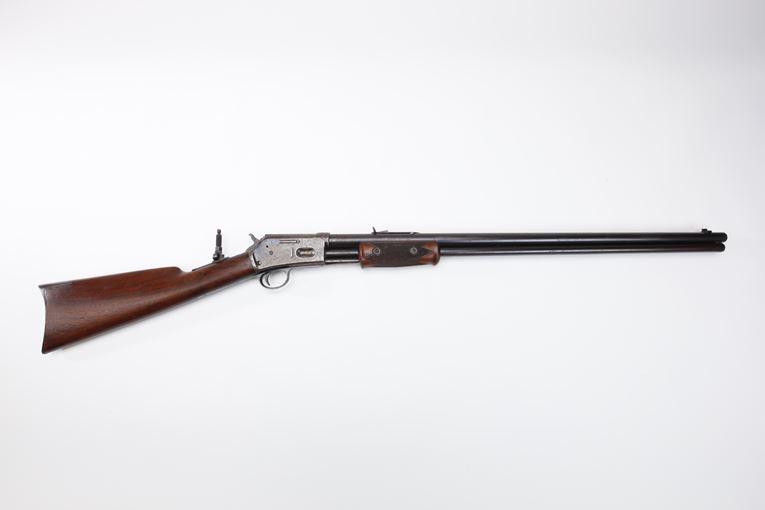 This Lightning has an optional tang sight mounted behind the hammer. SN 58356