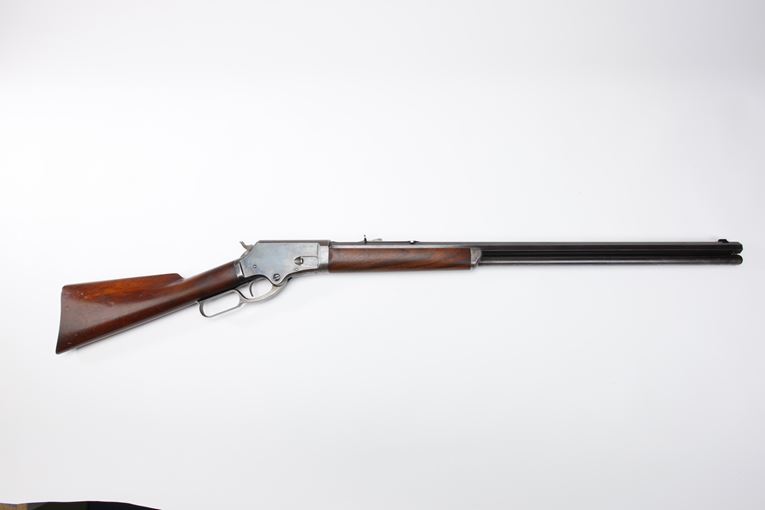 Competing directly with Winchester's Model 1876, Marlin's rifle was made in limited numbers. SN 1150