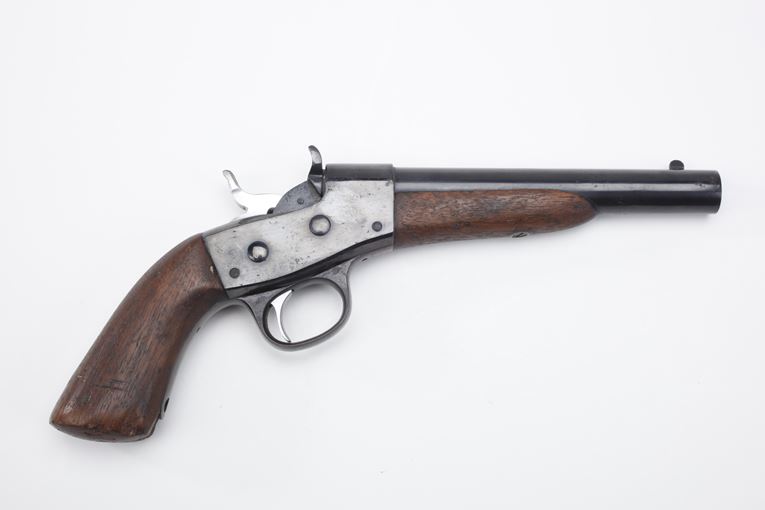 This pistol employs the same action as the Remington Rolling Block rifle.


The Model 1867 Navy pistol uses a .50 cal. center fire cartridge and has an ordinary trigger with guard. It could be said that there was in reality no 1867 Model since the 1867 pistols were contract alterations of the Model 1865. The Model 1865 Navy was provided in .50 cal. rimfire with a sheathed trigger.

Most of the 1865 Models were recalled by the Ordnance Department and a contract was made with Remington to alter them as follows:

Further modification of this design came about when the Army Ordnance Board known as the "St. Louis Commission" issued the specifications for the Model 1871 Army pistol. The foremost change was the better balanced grip. It was this feature which achieved for this large caliber handgun its enduring popularity. Rebarreled for smaller calibers, it provided an excellent target arm. In fact, Remington themselves produced target arms (Model and Model 1901) of this type in various smaller calibers in both rimfire and center-fire.