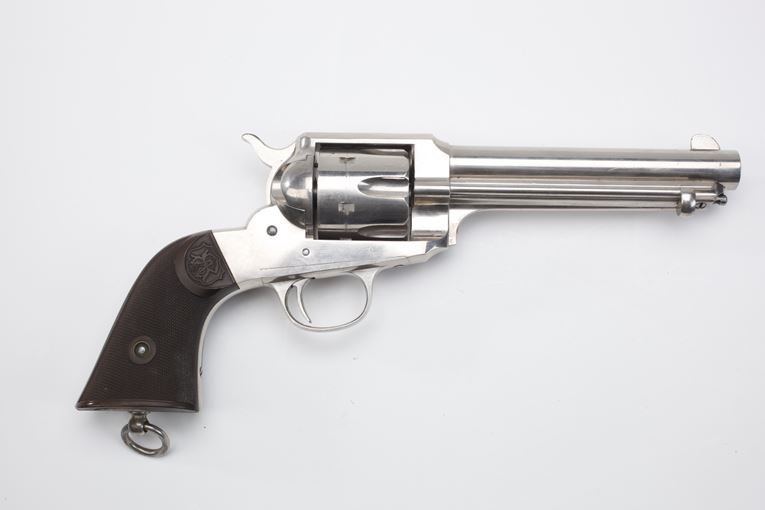 Closely resembling the Colt Model 1873 Single Action Army, this Remington design was the successor to the firm's Model 1875 Single Action Army. Produced only in the popular .44-40 centerfire caliber, the Model 1890 also did away with its predecessor's distinctive web under the ejector rod. Both 5-1/2 inch and 7-1/2 inch round barrels were available, as were both blued and nickel-plated finishes. Checkered hard rubber grip panels featured the "RA" monogram at the top. Slightly more than 2000 were manufactured during a five year production run.