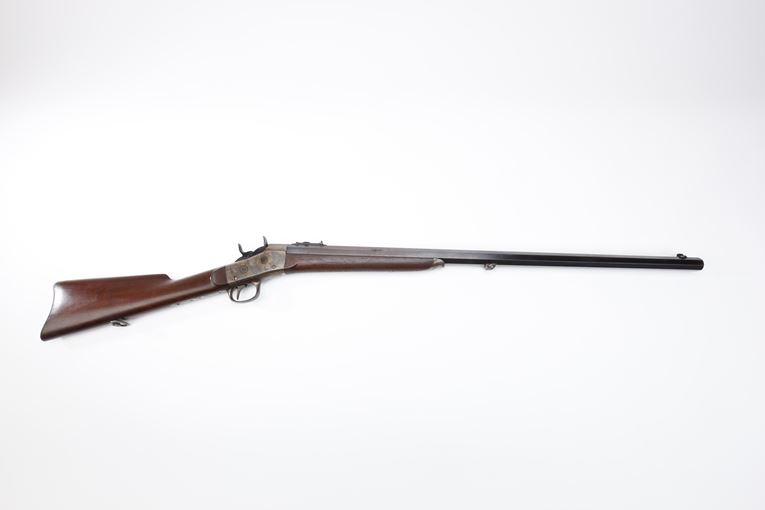 Remington offered their No. 1 action rifle in over thirty different caliber chamberings. SN 6336