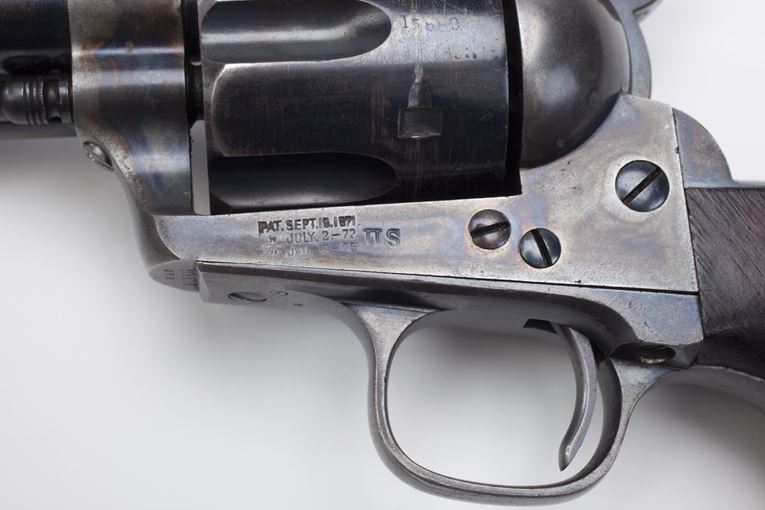 Manufactured in 1890-1891, this is one of the last martially marked Colt single-action army revolvers. In 1896, this revolver was called back to Colt for overhaul and reissue as shorter-barreled arms, just in time for the Spanish-American War. About 15,000 revolvers in armory/arsenal storage were so modified by Colt and also by Springfield Armory. In 1900-1903, the guns still in service were again returned to Colt for refinishing.