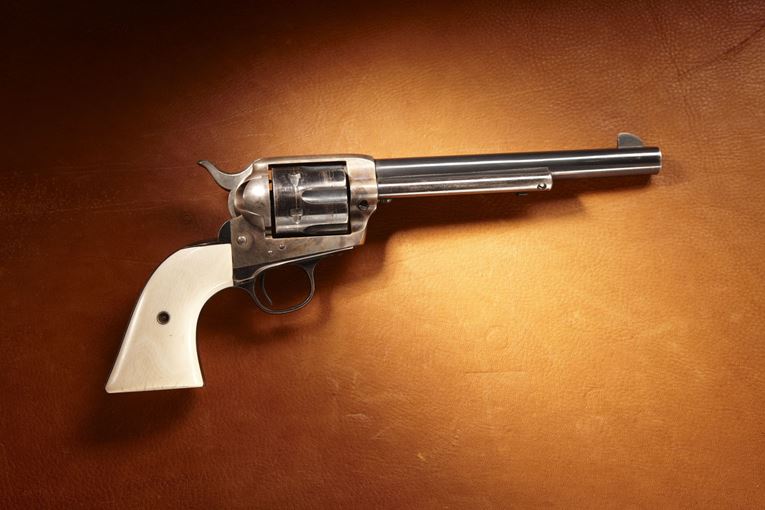 This 1911-manufactured revolver, which features elephant ivory grips, was owned by the creator of the Perry Mason trial lawyer fiction series.