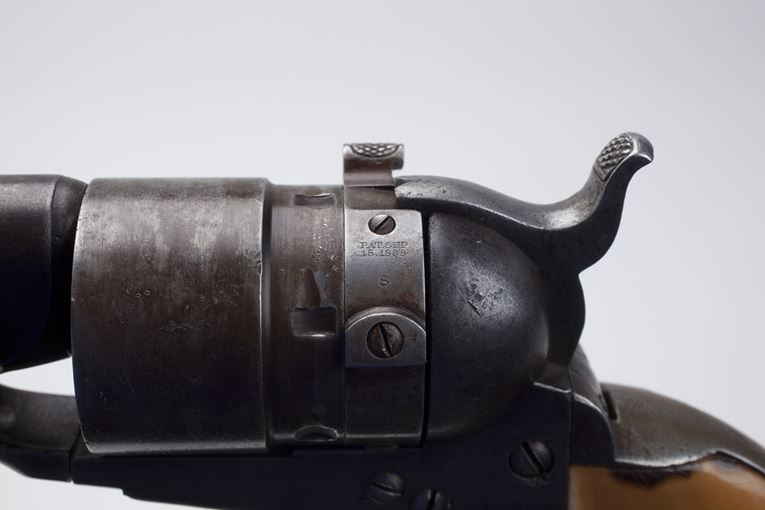 Manufactured between 1869 and 1872, Thuer Conversion revolvers were Colt's first metallic cartridge pistols. These were available in .31, .36, and .44 caliber, and had interchangeable cylinders to permit continued use of percussion ammunition. Thuers were not a successful design, and production was discontinued after approximately 5,000 examples had been manufactured. Their rarity and desirability have given rise to numerous counterfeit versions, including the one exhibited here. This Colt revolver bears an inscription indicating presentation to a fictitious Confederate officer.