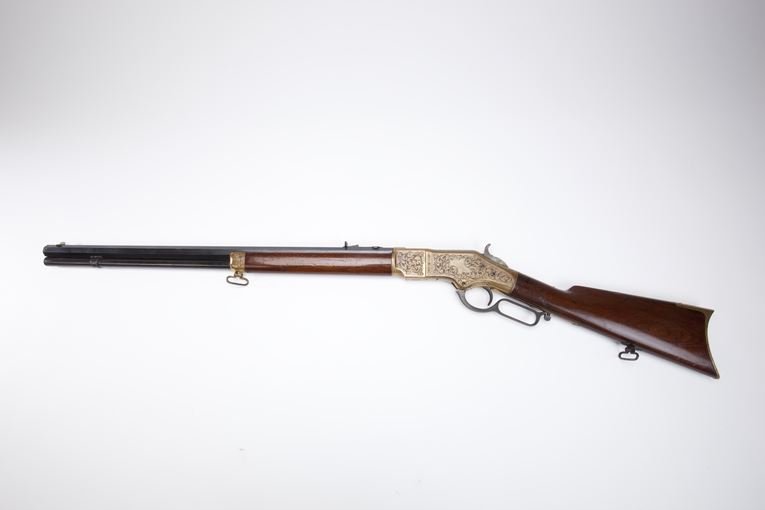 The Model 1866, with its distinctive brass frame, was nicknamed "Yellow Boy." Winchester continued to offer Model 1866 arms, such as this 1874-manufactured carbine, until 1898. The Third Model may be identified by the presence of a block-numeral serial number located behind the trigger, and the curved frame profile in the hammer area which is less pronounced than in the Second Model.