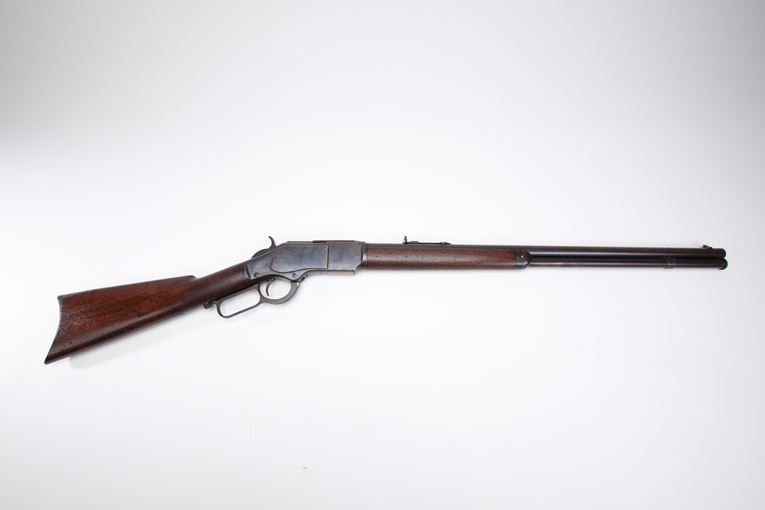 The .22 caliber Model 1873 Rifle was loaded from the muzzle end of the magazine, and may be easily identified by the absence of the receiver loading gate common to other versions of these rifles. Both round and octagonal barrels were offered by Winchester for the Model 1873, but the round barrel is rarely found on .22 caliber examples. This rifle was manufactured in 1887.