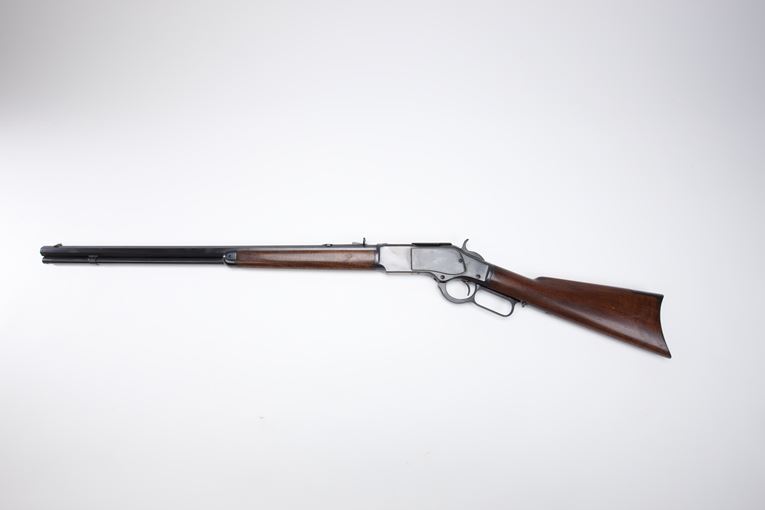 The .32-20 caliber chambering featured in this 1890-dated rifle became available in 1882, but as with the .38-40, sales were slow. The .44-40 was the standard and most popular caliber for the Model 1873. When originally introduced, a Model 1873 rifle such as the one exhibited carried a purchase price of $50, but by 1890, these guns sold for $19.50. This reduction in price was due to Winchester's standardization of some parts and features, which enabled the company to manufacture their lever-actions more economically.