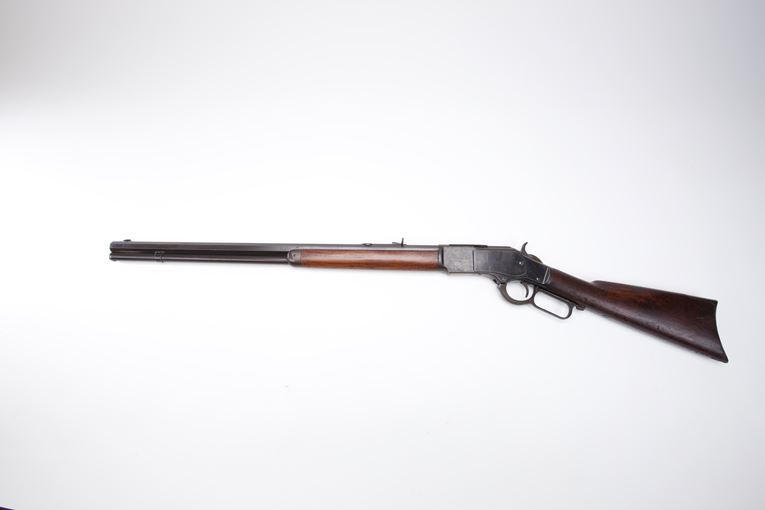 Although the second-most popular chambering for the Winchester Model 1873, the .38-40 did not sell nearly as well as did the .44-40. The rifle displayed here was manufactured in 1895. Originally priced at $50 in 1873, these rifles could be purchased for $19.50 by the end of the century. Winchester also offered a special Model 1873 sporting rifle featuring fancy checkered wood and a pistol grip stock at a price of $35.50.