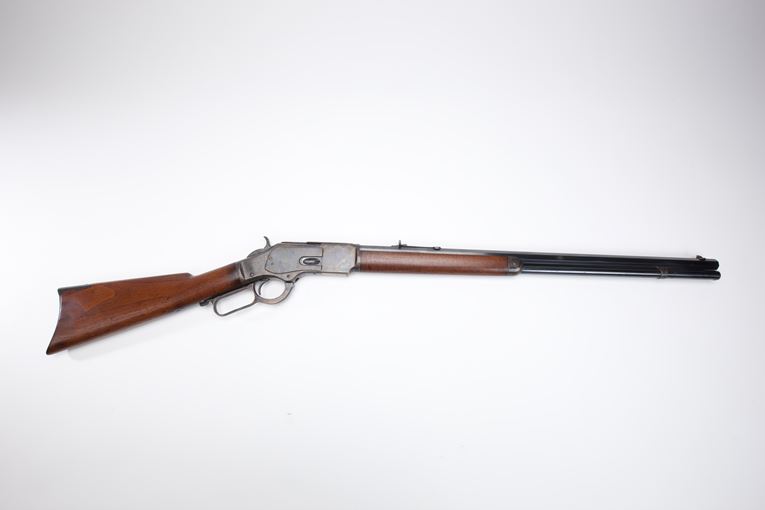 The Winchester Model 1873 enjoyed a production run spanning fifty years; during this period, over 720,000 rifles were manufactured. These rifles, and the nearly-identical Model 1876, may be easily identified by the presence of sideplates on the receiver. This unfired Model 1873 rifle features an octagonal barrel and a casehardened receiver. When introduced, the Model 1873 Rifle sold for $50.00, but by 1891, the date of manufacture for this example, the price had fallen to $19.50.