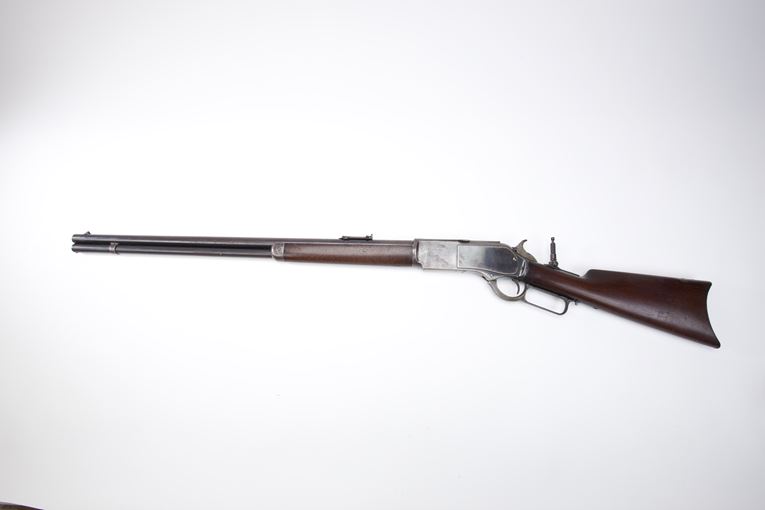 The Winchester Model 1876 Rifle was introduced as a large-caliber big game rifle. Originally intended to chamber the popular .45-70 Government cartridge, the toggle and link system was not strong enough to handle this ammunition. Although the .45-75 had a larger powder charge than the government cartridge, its 350-grain bullet was much smaller than the 500-grain .45-70. A .50-95 Express version of this rifle was available in 1879. The Model 1876 was popular with many hunters, including future president Theodore Roosevelt. Made in 1880, this example features a round barrel and a Marble tang sight.