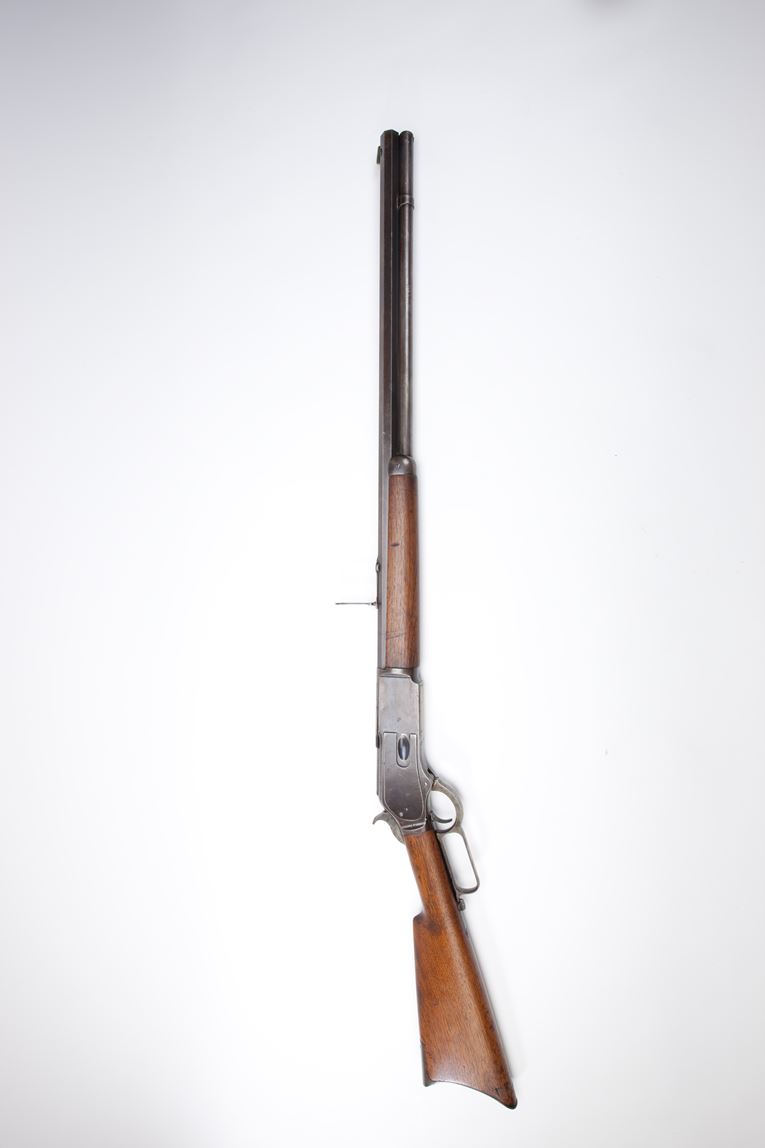 This Winchester Model 1876 rifle was made in 1883 and shipped to dealer John P. Lower of Denver, Colorado. John Lower was one of several western dealers who ordered rifles from the Winchester factory for the retail market and marked products that passed through their shops with special barrel stamps. Lower's business (The Sportsman's Depot) flourished at 381 Blake Street in Denver from 1872 through 1915. SN 40326


Sometimes called the Centennial Model, this Winchester Model 1876 lever-action rifle was manufactured in 1883. The larger-framed Model 1876 was designed to offer more powerful cartridges than the lighter Model 1873 repeater, which was chambered for pistol-type cartridges. While able to fire more powerful cartridges than the Ô73, the Centennial still could not accommodate longer cartridges offered in popular competing single-shot action rifles by Sharps or Remington. Despite this handicap, Winchester was able to market this model as a hunting and military arm to several foreign buyers, including the Royal Canadian Mounted Police. Prices on this model ranged from $38 to $60.