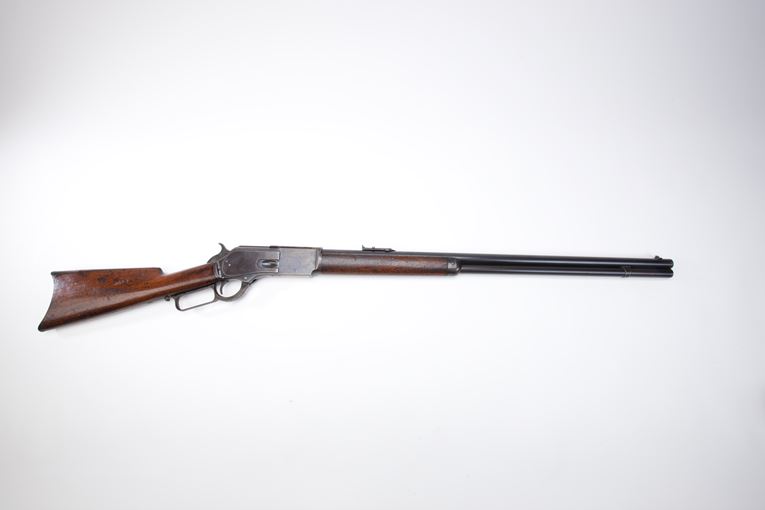 The Model 1876 Rifle is essentially a larger version of the Model 1873 that was capable of chambering larger- caliber cartridges. These rifles were originally available only in .45-75 caliber and fired a 350 grain bullet. This cartridge delivered twice the energy of the .44-40. In 1879, .50-95 Express and .45-60 W.C.F. cartridges were available, and the .40-60 was added in 1884. The .40-60 Round-barreled Model 1876 rifles were less popular than their octagonal-barreled counterparts. This example, dating from the 1880s, features an adjustable leaf rear sight and fixed blade front sight.