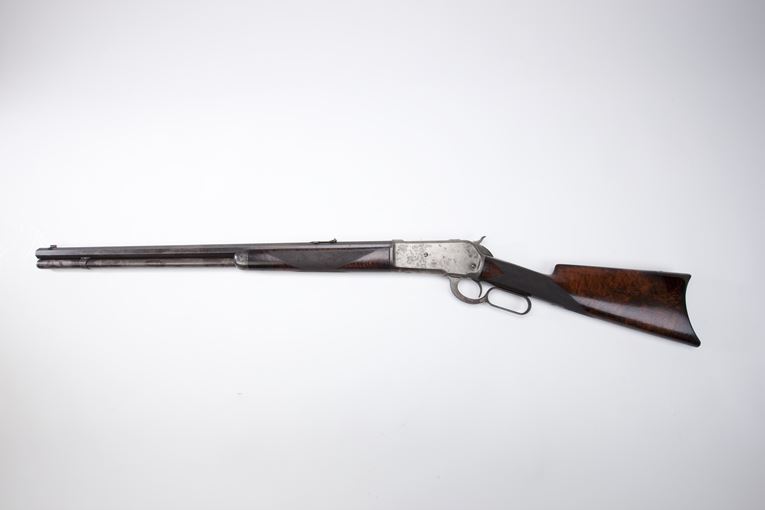 Winchester offered a variety of special features, and through remaining factory records, most custom features can be documented. This .50-110 Deluxe rifle, made in 1891, was one of only 280 Model 1886 rifles offered with stock checkering and one of 501 produced with special higher-grade wood. The three-leaf express barrel sight was an option incorporated by only 1,631 rifles. The .50-110 Express cartridge was introduced in 1887 in the Model 1886 Winchester rifle and was the most powerful ever offered in the Model 1886 rifle or carbine. SN 60178