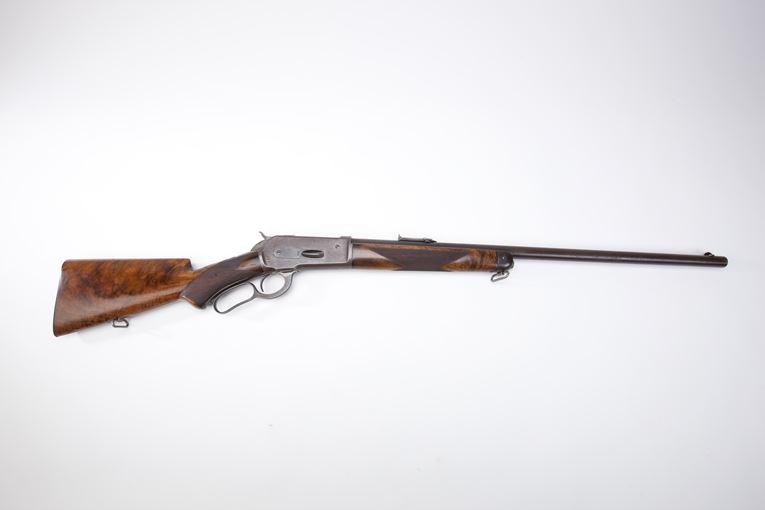 The Model 1886 was available in a variety of calibers and configurations, from .33 W.C.F. to .50-110 Express, and from extra light-weight, takedown, and carbine models to full-sized military muskets. Various butt styles, barrels, magazines, and sights were also available as options. Manufactured in 1888, this tang-sighted Model 1886 was factory-refinished to repair a broken stock.