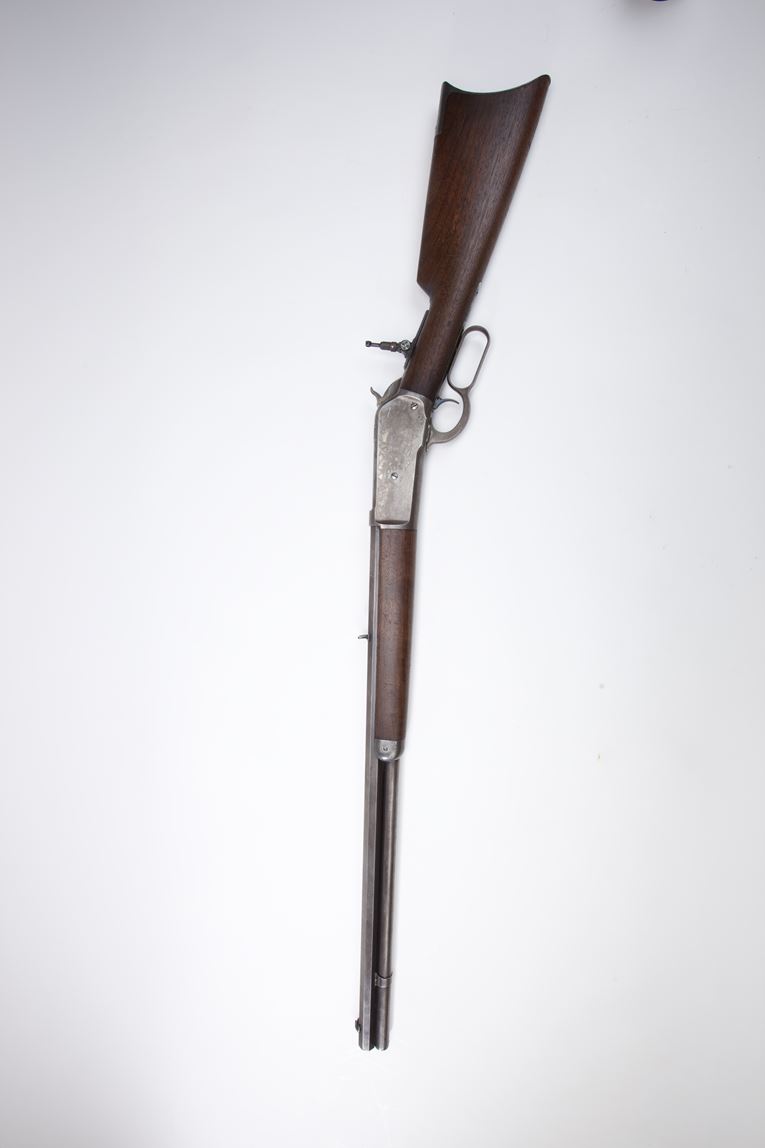 A deluxe-grade Winchester Model 1886, this octagonal-barreled set-trigger rifle was manufactured in 1888. Round barrels were standard on the Model 1886, but the heavier octagonal barrel was more popular with shooters and outsold round barrels by a four-to-one ratio. The .45-90 chambering was one of the original calibers offered in the Model 1886, and with their 300-grain bullet, they became known as the "Grizzly Bear" rifle. Although they appeared too late for use in the great buffalo hunts, the .45-90, .50-100-450 and .50-110 Express calibers were used for all other big game in both North American and Africa.