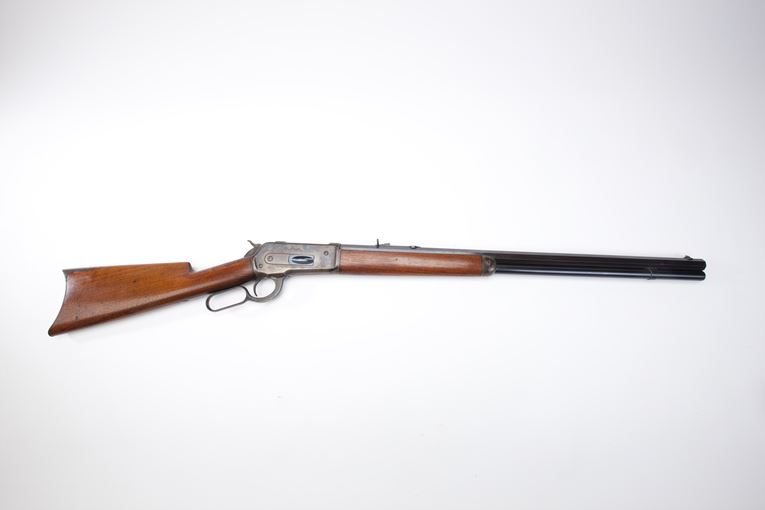 The John Browning-designed rifle was granted U.S. Patent 306,557 on October 14, 1884. Between 1883 and 1900, Winchester purchased over 44 different firearms designs from Browning. Some, including the Model 1886 and Model 1895 rifles, were very successful for the company; other designs were never produced, but were patented to prevent competitors from manufacturing them. Nearly 160,000 Model 1886 rifles were produced between 1886 and 1935. This example is a standard version with no optional features. The .38-56 chambering was available between 1887, the year of manufacture for this rifle, and 1910.