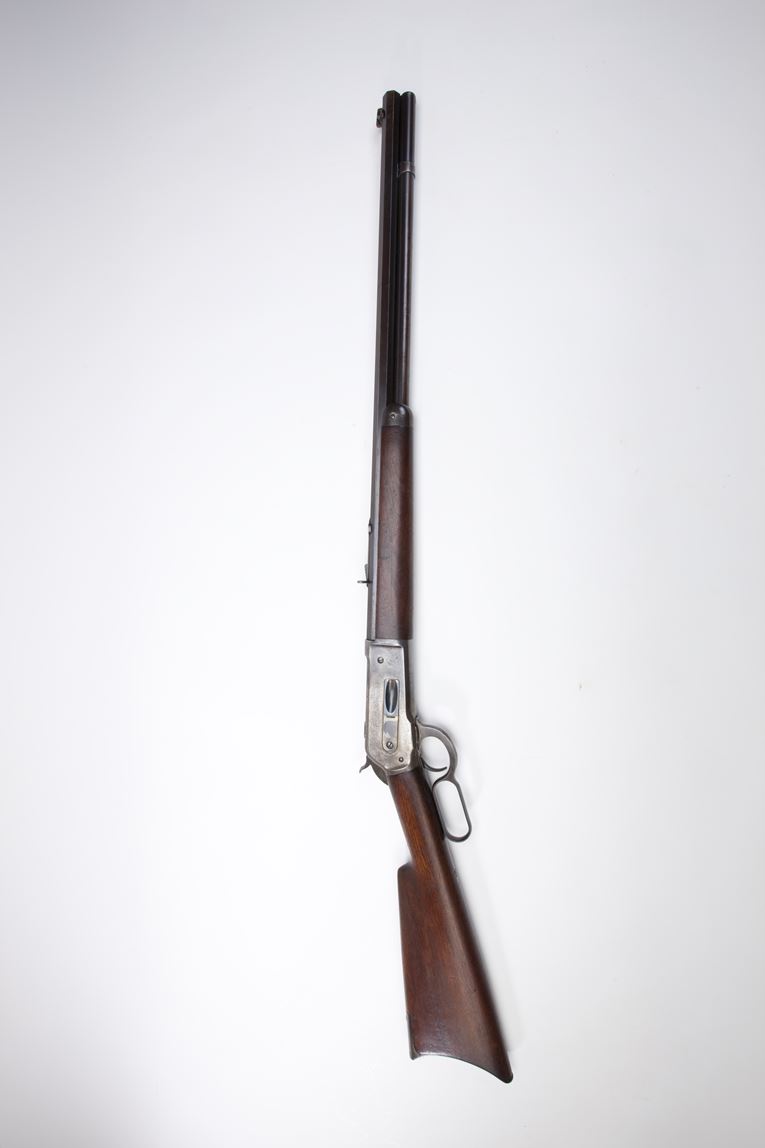 Model 1886 rifles were offered by Winchester with a choice of crescent or shotgun butt styles. Additional options that were offered from the factory included round, half-round, or octagonal barrels in various lengths, adjustable leaf, buckhorn, or tang rear sights, half- or full-length magazines, set triggers, straight- or pistol-grip stocks, select straight-grain or fancy-grain walnut, checkered wood, and engraving. The Model 1886 was also available in ten different chamberings. This 1891-manufactured rifle is in .40-65 caliber, which was offered between 1887 and 1910.