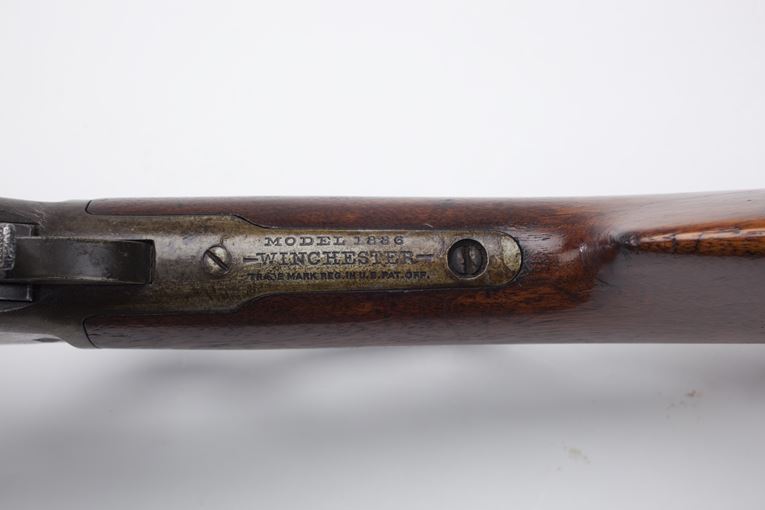 This Winchester Model 1886 rifle features that model's standard 24-inch round barrel and a shotgun-style butt. The .33 W.C.F. caliber was the smallest offered in a rifle better known for big-game calibers. This chambering was not available on Model 1886 rifles until 1903, and the 1888-manufactured example exhibited here was most likely returned to the factory to be re-barreled in this caliber after the advent of smokeless powder cartridges. The rapid-taper barrel was standard in this chambering.