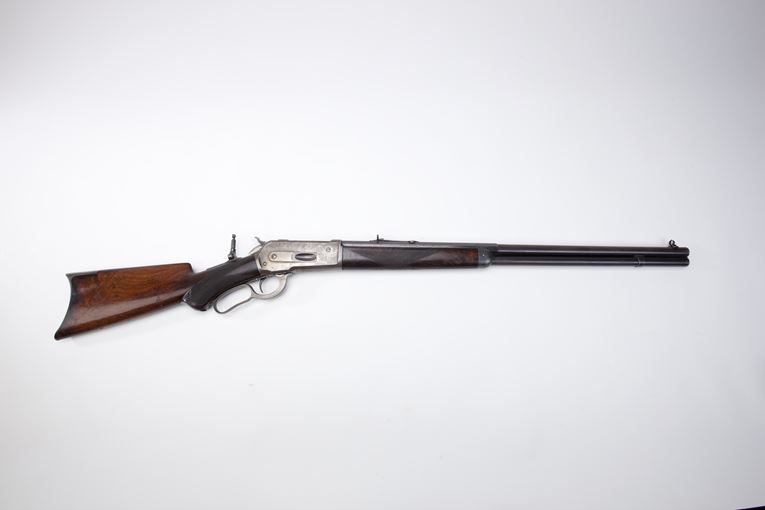 Rifles for target shooting, such as this 1887-manufactured Winchester Model 1886, were fitted with special sights. This rifle also features a set trigger, deluxe wood, a pistol-grip stock, and checkering on both the stock and forearm. Although the Model 1886 was in production until 1935, the .38-56 caliber chambering featured on this rifle was discontinued in 1910. Of the nearly 160,000 Model 1886 rifles that were produced by Winchester, about one percent, including this example, featured half-round barrels.