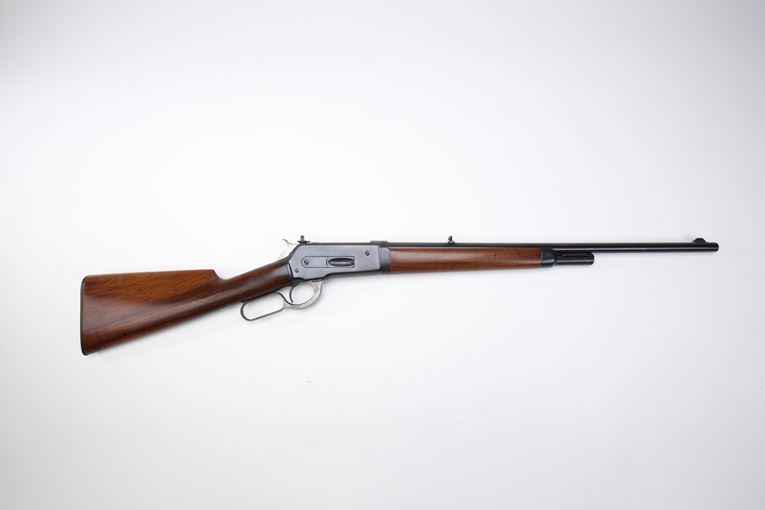 The Model 1886, with its stronger locking bolts, was the first Winchester lever-action rifle chambered for the .45-70 Government cartridge. These rifles were also available in .45-90, .50-100-450, and .50-110 Express, but the .45-70 was the most popular chambering for the Model 1886. This 1906-manufactured Takedown version rifle features a round nickel barrel, Lyman receiver sight, rapid-taper extra-lightweight barrel, half-magazine, and shotgun-style butt.