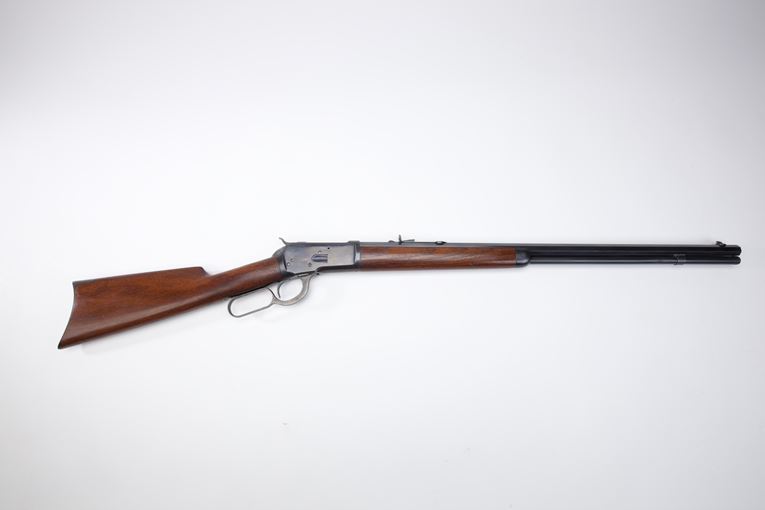 Many Model 1892 rifles were exported to South America, Australia, and the Far East, and Great Britain purchased this model for issue to Home Guard forces and Army troops prior to the United States' entry into the First World War. Some European copies were also manufactured, including the Spanish "El Tigre." Not surprisingly, the Model 1892's biggest market was the in U.S. and Canada. An octagonal-barrel example manufactured in 1907, this rifle has Winchester's buckhorn rear sight.