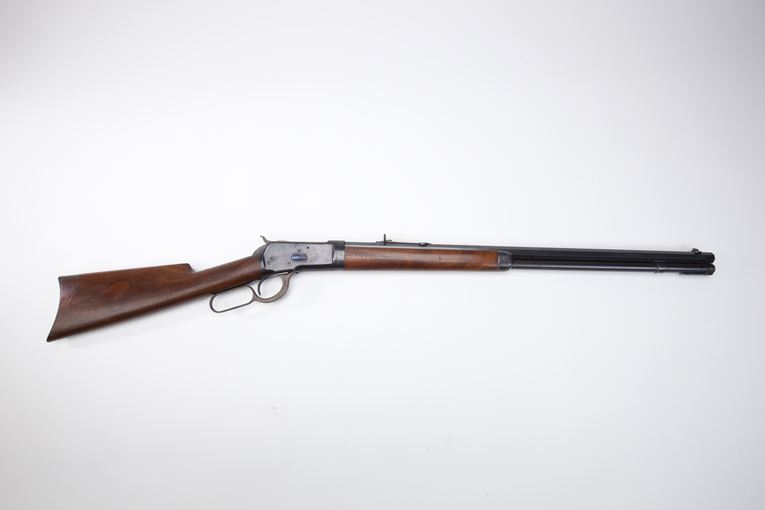 Made in the first year of production, this Model 1892 Takedown version was shipped to a Dallas, Texas dealer and was owned for many years by the proprietor of a small Dallas grocery store. Takedown versions of the Model 1892 sold for $25, while the Model 1892 Sporting Rifle could be purchased for $18 in round-barrel configuration, or $19.50 for an octagonal-barreled example.