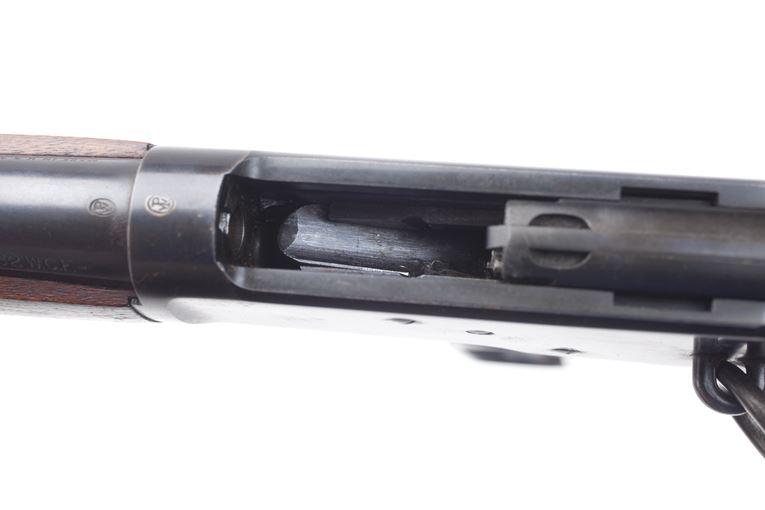 This round-barreled Model 1892 rifle was fitted by special order with a saddle ring in 1926. Half-round barrels were also offered, as were rapid-taper versions. Standard barrel lengths were 20 inches for carbines, 24 inches for rifles, and 30 inches for muskets. Other lengths, ranging from 12 to 36 inches, were available as options or by special order.