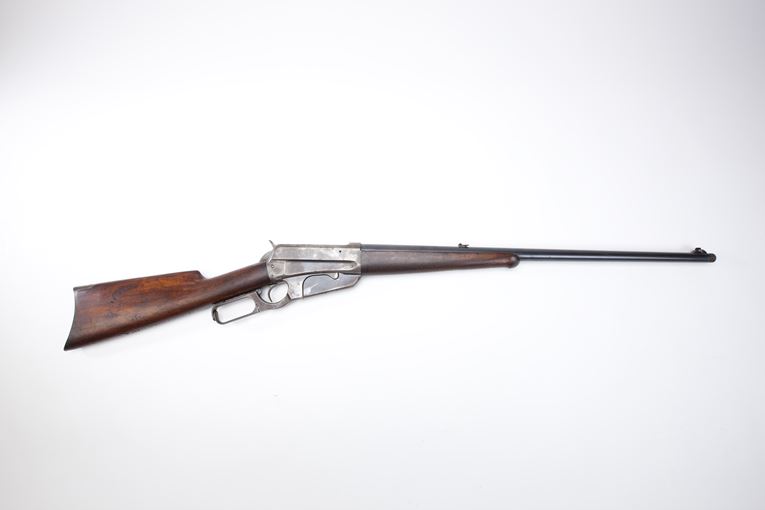 This Model 1895's round barrel is fitted with threads to accept a Maxim-pattern silencer. Silencers were used to cut the noise produced from large calibers when hunting or target shooting. This example, manufactured in 1904, also features Lyman sights and a 24-inch round heavy barrel. Its .405 Winchester chambering, a personal favorite of Theodore Roosevelt, made it a good choice for use in hunting very large and dangerous game.