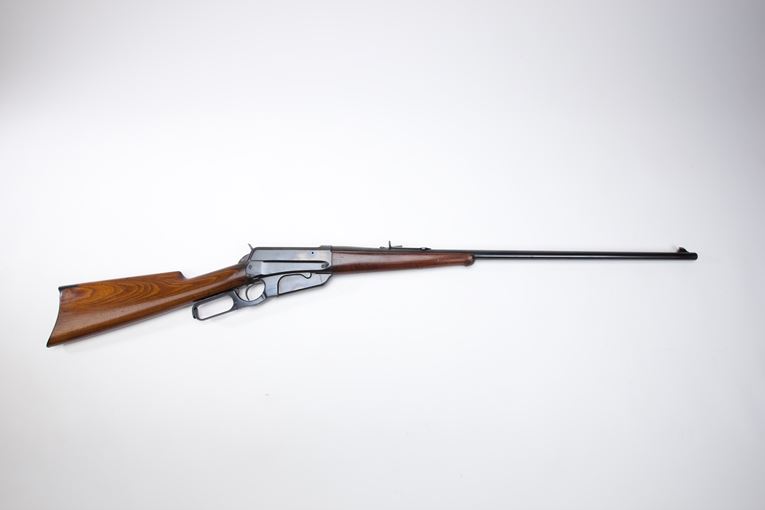 This Model 1895, made in 1899, is chambered for the .30-40 cartridge used in the military Krag bolt action. Winchester had hopes of securing a contract with the U.S. government for the Model 95, but Army purchases were limited to 10,000 guns. Most of these were later sold commercially. During the First World War, the Russian government purchased nearly 294,000 Model 95s in the musket configuration. These rifles represent almost three-quarters of the total production for this model.