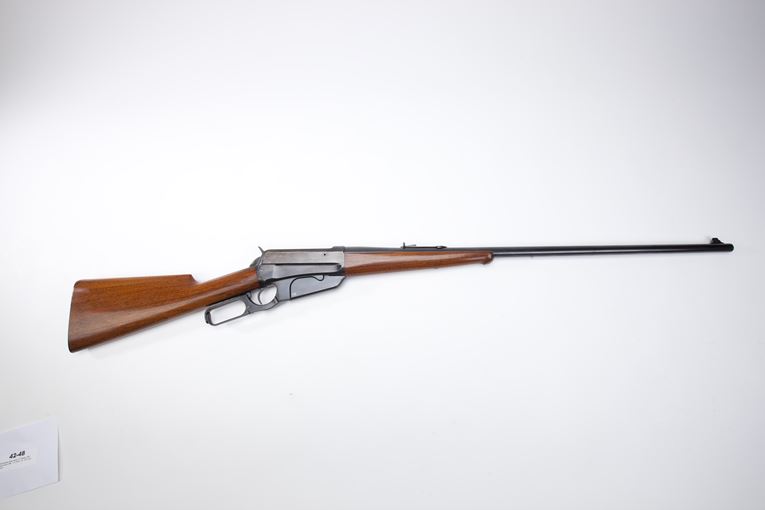 Popular with hunters, the Model 1895 was the big game lever-action rifle in big-bore calibers. This example was manufactured in 1900.

The Model 1895 symbolizes the stretching of a technology to its limits. This conception was fostered by John M. Browning. His design genius eliminated tube feeding, which could not handle large rounds; and introduced the first successful box-magazine fed lever-action rifle. The 1895 was capable of handling the U.S. .30-06 military cartridge. Soon, however, the United States would see a superior rifle used in the war with Spain. This gun, the bolt-action Mauser, was designed by Peter Paul Mauser of Germany. Bolt-action firearms signaled the beginning of a new era in military long arms. Because of their strong mechanism and their ability to fire multiple rounds, these rifles would eventually become a new standard for personal protection, sustenance, commerce, and recreational shooting.