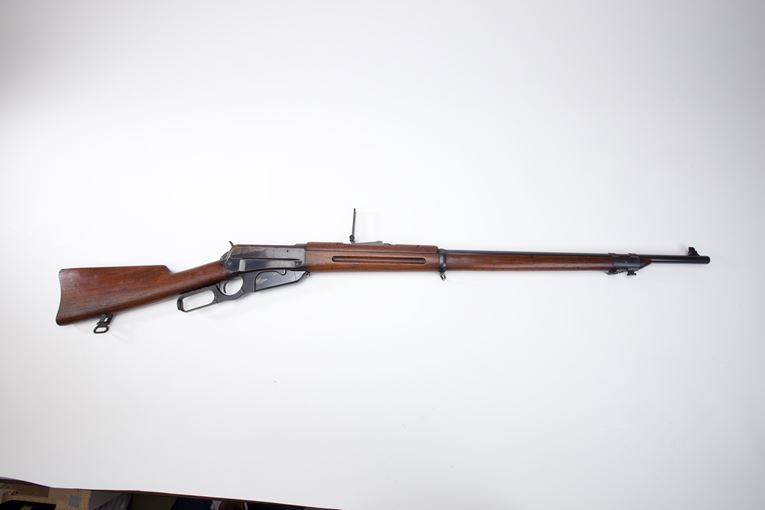 NRA musket length barrel rifle intended for use in NRA competitions for military repeating rifles. The majority of muskets were intended for foreign sale and were chambered for the 7.62mm Russian cartridge. This rare NRA-marked Winchester musket was purchased at auction in 2006.