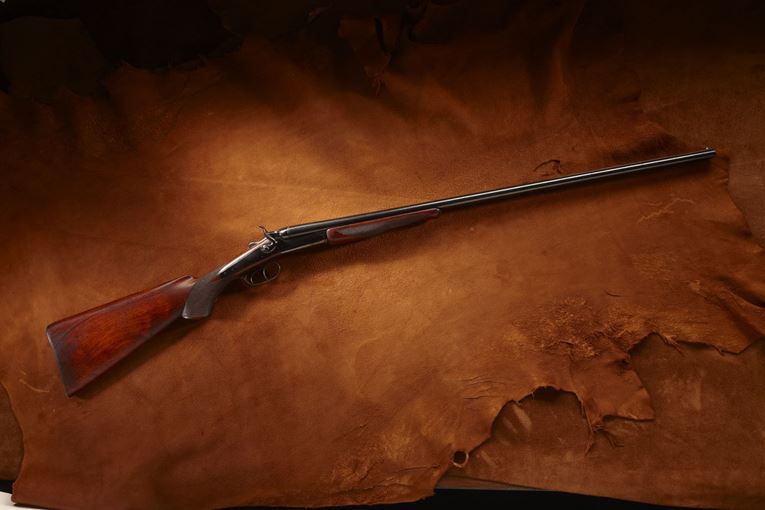 This shotgun was reputedly given by Annie Oakley to Mary Estell Beavers, a close friend during a shooting exhibition in Oklahoma. Gold Hibbard was the trade brand name used by Hibbard, Spencer & Bartlett on their general market line of imported shotguns. This firm was in business from 1880 to 1929.