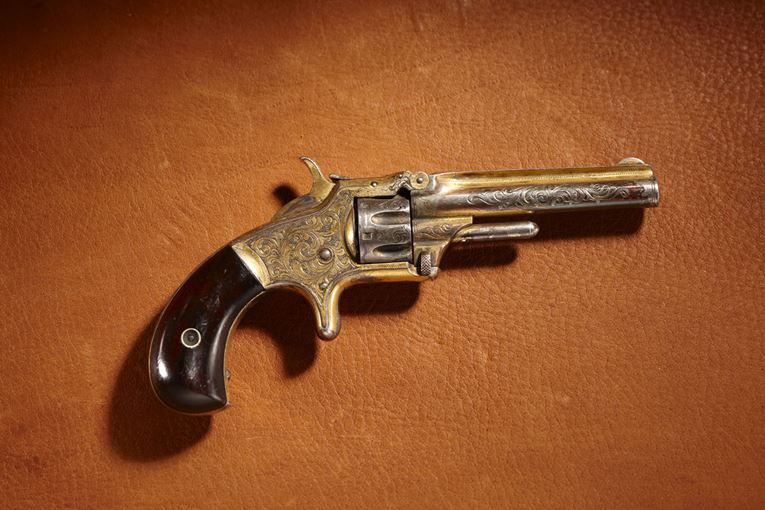 This gold-washed Smith & Wesson revolver was once owned by renowned exhibition shooter Annie Oakley. She later gave it to the donor's father, Bernard B. Bulawa. Mr. Bulawa was an NRA Life Member and noted marksman who had won many national competitions. This revolver was made in Springfield, MA in 1881.

Massachusetts natives Horace Smith and Daniel Baird Wesson, famous for their revolver designs, are also known for having developed the first practical American-made self-contained metallic cartridge, the .22 rimfire short. Both men were experienced in the design and manufacture of firearms, and in 1852, they formed a partnership for the purpose of manufacturing magazine-type arms. Their Norwich, Connecticut factory produced the iron-frame lever-action Volcanic pistol, patented in 1854 (see case 42 gun #1), which was a direct predecessor to the Henry and Winchester lever-action rifles that became famous during the Civil War and post-war periods.