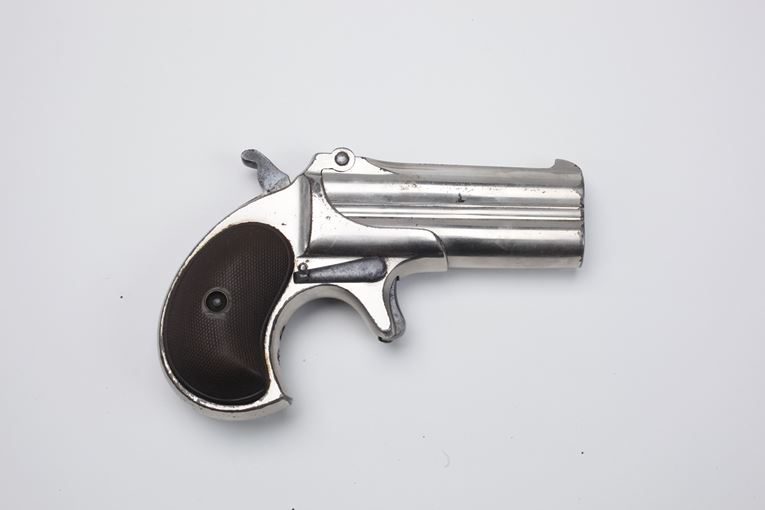 Sometimes called the "Double Ace," this compact derringer was made between 1866 and 1935. The donor carried this pistol as a backup sidearm while flying combat missions during the Korean Conflict.


The Remington Double Derringer appeared in 1866. This pistol, available only in .41 caliber rimfire, was in production longer than any other Remington handgun. During the 69 years between 1866 and 1935, it is estimated that over 150,000 of this still-popular model were manufactured.