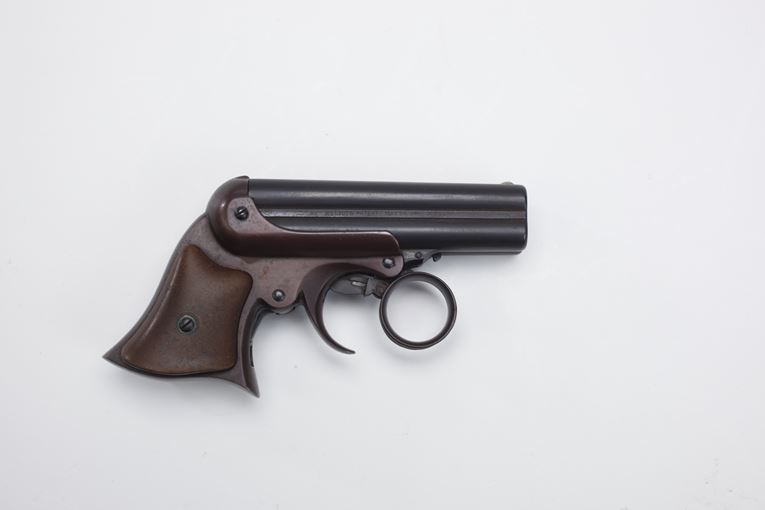 Called Remington's New Repeating Pistol, this handgun model was made between 1863 and 1888. The multiple barrels of the Elliot Pocket Repeaters provide their multi-shot capability. The .32 caliber model has a four-shot, square-type barrel group; the .22 caliber model has a five-shot, round barrel group. On both of these Elliot Pocket Repeaters, the firing pin was made to revolve while the barrel group remained stationary, tipping down to reload. SN 6396