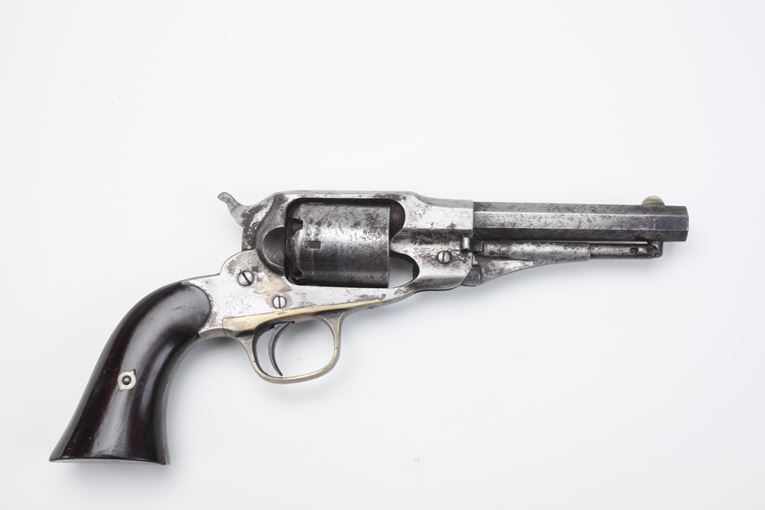 A scaled down version of the Remington Belt and Navy revolvers, this model could fire five shots. SN 3413