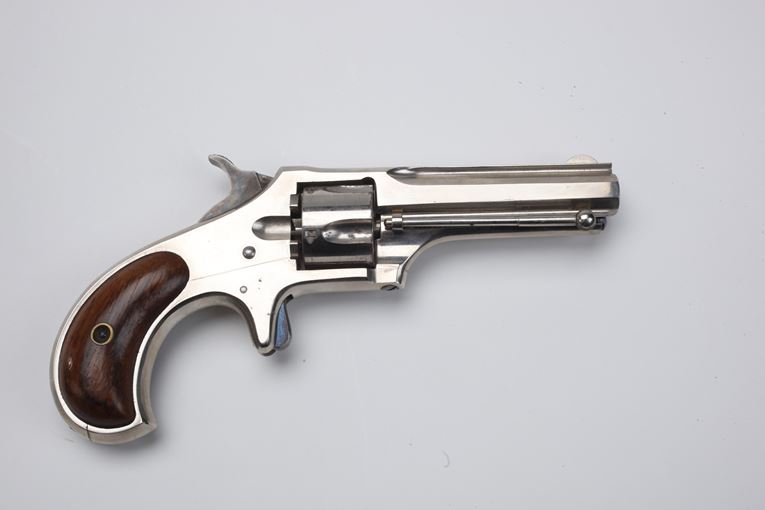 The Remington-Smoot New Model #1 is also sometimes known as the New Line Revolver #1. This design, which was intended to compete with Colt's metallic cartridge pocket revolvers, features a distinctive design in which the frame, octagonal barrel, and ejector housing were of a single piece. Early production models also utilized a revolving recoil shield, while the standard version featured a fixed recoil shield that was incorporated into the frame. These five-shot pistols are typically seen with a nickel-plated finish, although a blued finish was also offered. Both walnut and checkerd hard rubber grips were available as well. Approximately 3000 were produced between 1875 - 77.