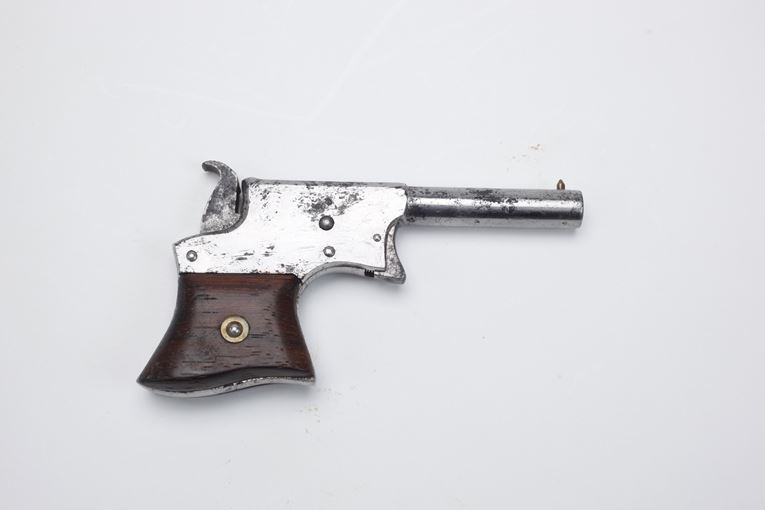 Invented by William H. Elliot, this diminutive Remington featured a hammer that also served as a breech block. Also known as the "Saw Handle Derringer," these small personal defense arms were available with blued, silver, or nickeled finish. Approximately 20,000 of these single shot pistols were produced between 1865 and 1888.