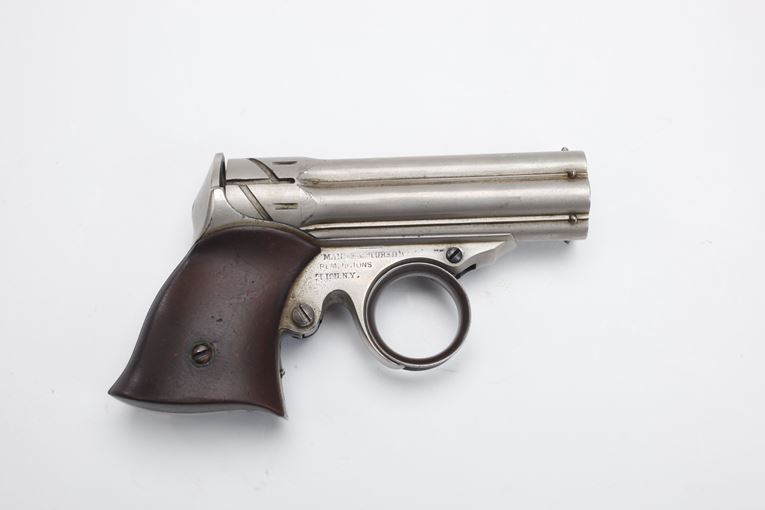 Made between 1861 and 1862, the Zig-Zag was Remington's first metallic cartridge handgun.


Remington, which was started in 1816 when Eliphalet Remington forged his own first gun out of scrap iron, is the oldest arms company in the United States.

The company's first venture into cartridge handguns, however, was the six-shot pepper-box derringer known to collectors as the "Zig-Zag". This gun, patented by William H. Elliot (#21188, Aug. 17, 1858 and #28461, May 29, 1860), is a six-shot pepper-box type of arm with the barrel group rotating like the cylinder of a revolver. The name "Zig-Zag" came from the peculiar grooves on the barrel group near the breech end. Through the means of a stud riding in the grooves, the barrel assembly is rotated by the action of pushing the ring trigger forward. This brings the loaded chamber into line with the firing pin, which is released upon the backward motion of the trigger. Manufactured in limited quantity during 1861-1862, it is the scarcest of Remington multishot arms.