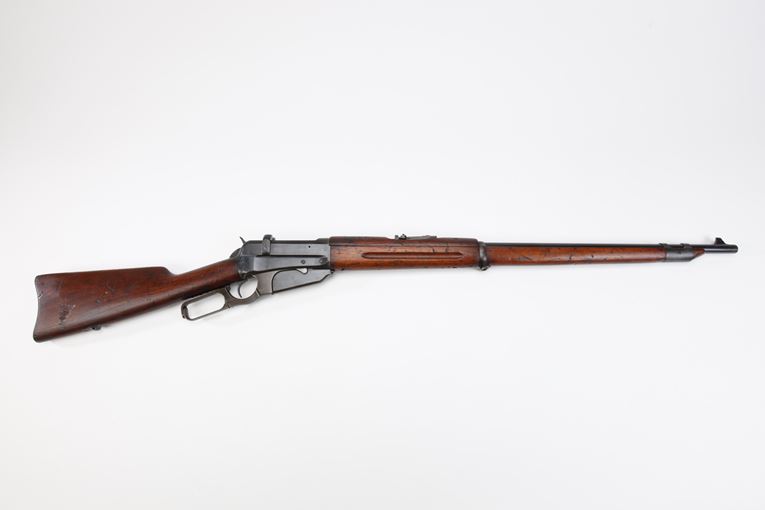 This lever-action rifle was made by Winchester for the Tsarist Russian Government. SN 276227

Other Browning-designed Winchesters include the Model 1885 single-shot rifle, Model 1887 lever-action shotgun, Model 1890 slide-action rifle, Model 1893, Model 1894, and Model 1895 lever-action rifles. The Model 1894 alone accounted for over five million sales and is still in production. Winchester was able to enter the military market in later years, with sales both to foreign governments and to the U.S. Army. During both World Wars, Winchester-manufactured rifles and shotguns served U.S. and Allied troops in various parts of the globe. In addition to contract production of the U.S. Model 1917 bolt-action and the famous M1 Garand semi-automatic rifles, Winchester also produced the Model 1897 and Model 12 slide-action shotguns, as well as the M1 Carbine.

In the civilian market, the bolt-action Model 70 rifle is still popular with big game hunters, and Winchester lever-action rifles continue to meet with sales success. Under his leadership Oliver Winchester saw his company rise from near-bankruptcy to become one of the most successful firearms manufacturing firms in the world. He was a gifted businessman who was able to foresee opportunities and to make the most of them, and a skilled judge of people and their abilities, as evidenced both by the success of his company and by his association with men such as Horace Smith, Daniel B. Wesson, B. Tyler Henry, and John Browning. Declining health forced him to take a less active role in the affairs of his firm, but the company's continued success was all but assured by his vision and leadership.