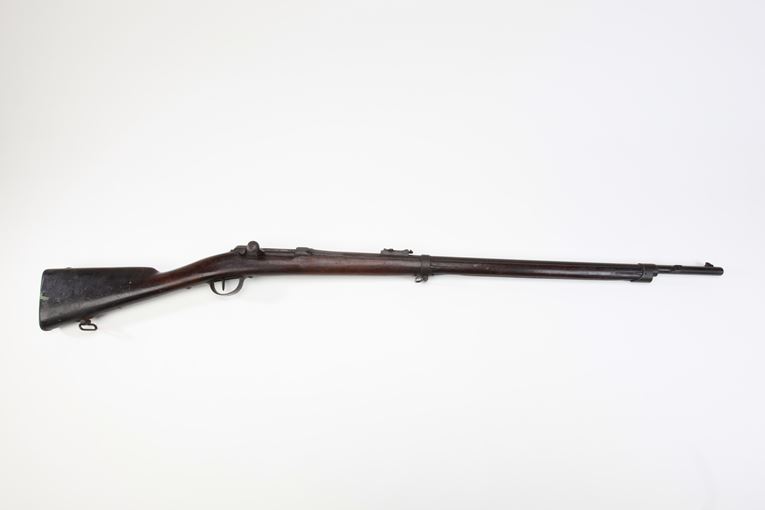 The French government converted their Chassepot Needle Guns to accommodate more modern ammunition after the original configuration proved itself to be unreliable in battle. For political and economic reasons, France did not select the patented Mauser conversion; instead, this work was carried out by the Kynoch Gun Factory of Aston, England.


After France's defeat in the Franco-Prussian War of 1871, the French government blamed their loss on the Chassepot rifle's poor reliability on the battlefield. French officials were convinced of the need to adopt a metallic cartridge centerfire system, but for political reasons, they could not opt for the existing Mauser-Norris System due to the necessity of paying royalties to and having their existing Model 1866 Chassepots converted in Germany. In addition, conversion to the Mauser design required the use of an entirely new bolt.

In 1873, France contracted with the Kynoch Gun Factory of Aston, England to modify the existing Chassepot bolt for use with center-fire metallic cartridges. These modified rifles were designated the Chassepot Model 1873 rifle and may be identified by the stampings "Musket 43-77-380" and "Kynoch - Gun - Factory - Aston" on the barrel flats forward of the receiver.

One year later, the French-designed Gras bolt-action system was adopted by the French as the basis of their new Model 1874 Gras rifle. Many of the earlier unmodified Chassepot rifles were converted to the Gras bolt-action system and designated the Model 1866-74 rifle. As late as the First World War, the Chassepot remained in service, having been modified yet again to fire the smokeless 8mm Lebel cartridge, or for use as signal guns.