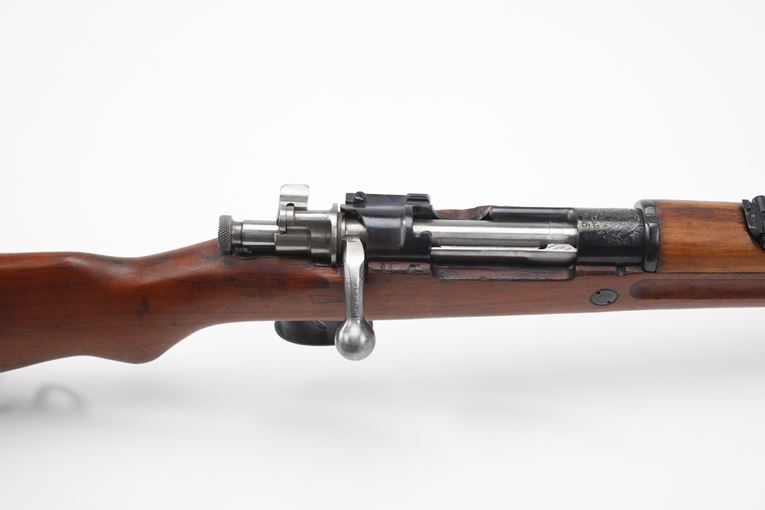 This rifle, built in Mexico City, combines elements of the Model 1903 Springfield and the Model 1898 Mauser bolt-action rifles. SN 74797P