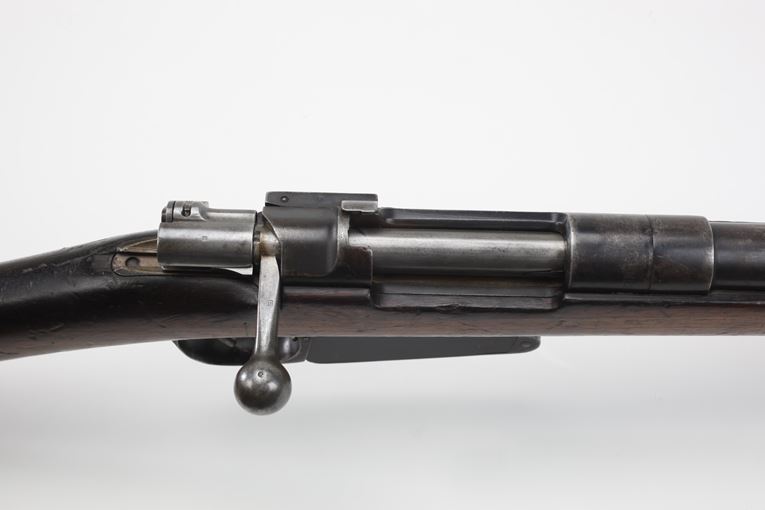 Sling-fitted carbines, including this example, were issued to mounted police units prior to the First World War. SN 6641