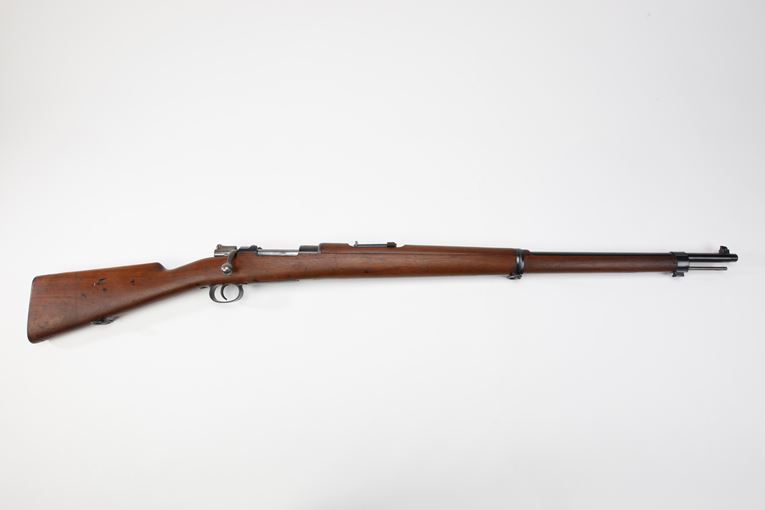 This example is one of many Mauser pattern rifles that were made in Germany for the Government of Chile. SN B-8511


Model 1895 Mauser (Germany) Spanish Contract Bolt-Action Box Magazine Rifle (repeater/ breech-loader/ smokeless powder/ cartridge ammunition) Made for Spanish-speaking countries, the Mauser Models 1893 and 1895 are essentially the same arm. They are bolt-action rifles with a box-magazine feed system. Both models fire a 7mm round which uses smokeless powder. Their magazines hold five staggered rounds and are non-detachable.

During the Spanish-American War, these Mausers made a distinctly favorable impression on the U.S. military. After the war, the United States Army purchased manufacturing rights from Paul Mauser in order to design and produce their own version, which would become the U.S./Springfield Armory Model 1903. --Dr. William L. Roberts, THE AMERICAN LIBERTY COLLECTION; #112