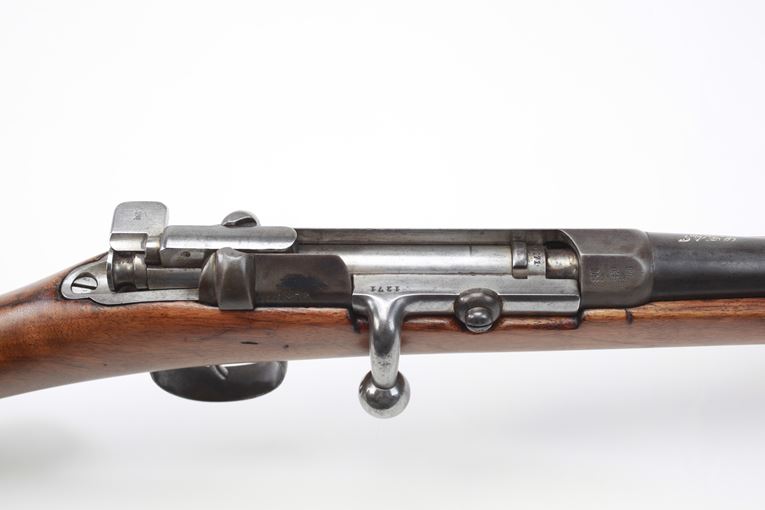 Originally an 11 mm Mauser Model 1871 bolt-action carbine in Uruguayan service, this long arm was later rebarrelled in France for the 6.5 mm Daudeteau cartridge and fitted with new barrel bands, sights and cleaning rod. It then saw additional service in Uruguay after this alteration. These rifles are commonly known in Uruguay as Dovitiis rifles, although the name Daudeteau is also used in recognition of the French arms designer who developed the 6.5mm cartridge used in this modified rifle. SN 1271